Skip to content
You are here
Home > Posts tagged "TOUR"

Iconic rock band Mötley Crüe have announced details of their final performance. This will mark the end of their touring career and will conclude their two year Final Tour cycle at the end of 2015 on New Year’s Eve, December 31st. The show takes place at the Staples Center 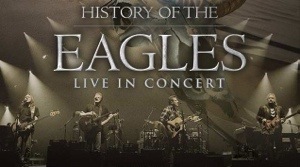 Due to phenomenal demand, Eagles have added extra dates in London and Glasgow to their previously announced “History of the Eagles” concert tour of the United Kingdom and Ireland in 2014. The tour will begin on Wednesday 28th May at the LG Arena Birmingham, England. The 2014 UK and Irish

Britain’s most exciting alternative rock band, Bring Me The Horizon, have announced over the Reading & Leeds Festival weekend a handful of UK Tour dates later this year. The dates will start up in Glasgow on October 30th before culminating in the historic O2 Academy Brixton on November 6th.

Described as an “Outstanding, indispensable genius. A modern-day Blake” by Sunday Times and“One of the great underground artists of our time.” by Jon Snow - CHRIS T-T is truly one of the nation’s best songwriting talents. Following the release of his critically applauded ninth studio album ‘The Bear’ - which came